The term “cryptocurrency” is typically used to refer to digital currencies that rely on cryptography for security. Unlike traditional fiat money systems which are controlled by central banks, cryptocurrency ledgers are public records maintained without any involvement from these institutions; instead, they’re validated through blockchain technology. Blockchain verifies all inputs when making an update for every transaction made on said ledger — meaning it’s not possible to hack into them.

Cryptocurrency has completely revolutionised the way people make transactions online. Transactions are denominated in terms of virtual “tokens” and all profits made can be attributed to mining, or simply selling your cryptocurrency at a profit.
Bitcoin was the first and still most popular cryptocurrency. The number of alternate cryptocurrencies has grown rapidly in recent years, with some being clones or forks from Bitcoin while others are new currencies that were built completely from scratch.

Bitcoin was launched in 2009 by a mysterious individual or group known as “Satoshi Nakamoto.” As of August 2021, there were over 18.8 million bitcoins in circulation with a total market cap of around 900 billion dollars and counting.

Cryptocurrencies are an intriguing form of money. They’re worth more or less depending on how many people want them, which is determined by supply and demand.
India has been the center of the crypto controversy. At one point, their were talks about a complete ban on cryptocurrencies but after pressure from trading investors and Supreme Court ruling in favor resulted into reversing of that decision recently. Now, there are talks that India’s Reserve Bank is planning to launch its own cryptocurrency.

Cryptocurrencies are often criticized for their use in illegal activities, exchange rate volatility, and vulnerabilities of the infrastructure underpinning them. Yet they also have been praised for being portable, divisible, inflation resistant to manipulation from banks or governments interfering with your money supply, transparent as transactions can be monitored by everyone on a blockchain through anonymized information like IDs that match up with public records without specific government intervention needed.

Every time you buy cryptocurrency or use it to complete a purchase, the transaction is encrypted and pushed to the blockchain. The network’s miners access your public key when they confirm that your private key was used in encrypting this block of transactions. Once confirmed by these other members of the system, an update on both parties’ balances will be made for all future transactions using similar methods.

According to CoinMarketCap, a market research website in the cryptocurrency industry, more than 11 thousand cryptocurrencies are traded publicly on dedicated exchanges around the globe. It pegs the total value of all cryptocurrencies in circulation at over $1.5 trillion (roughly Rs 1 lakh crore) as of July 29. 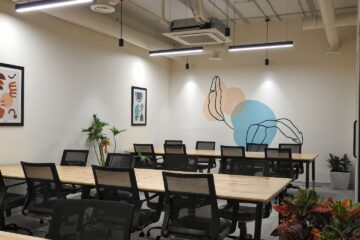