Big Giant or Small Giant? Choice is yours…

Ever played the ‘spot the difference’ game? Let’s try it with this one- McDonalds and your local home cooked serving mess service. Now that’s an easy one you’ll say! Starting from the menu, serving standards, pricing, literally everything about the two service providers is different. Yet one thing remains common, they are both here to serve you, satisfying our basic need for food. Onetime former went big, choosing to go commercial with a proper system, the later managing local business with its own personal touch to the business.

Let’s assume for a second that McDonald’s were to start serving a ‘thali’. Huh? Already weird right? Would you try it? Maybe yes, but mostly nooo.. Thali, a traditional Indian meal served on a platter; served at a Family-run mess revive would be my go to option, always. Keeping McDonald’s as an occasional option. In a country like India, although going global quickly, home cooked meals, prepared by mum is what everyone has grown up eating. It’s the comfort food always, occasionally bingeing on fast food. Also, the local mess has other elements to it, adding to the already mouth-watering, home cooked food just like mum’s, the friendly staff, ambience often reminds of home with the old humming fan, even the plates! Plus, usually family members come together to run such an enterprise making dining an enriched experience.

Why do you think this happens? Why did one go big and the other did not? Maybe lack of vision, funds, etc. But this on the contrary is a blessing in disguise for the local business. Let’s explore why? Even offering the same food Why Mcdonald would be considered as an occasional choice & mess as frequent choice. Why does this happen?? One has chosen to become big & great, while other has chosen to remain small but great. Might be family members running that small mess didn’t have that Vision to go bigger but it is also “Blessing in Disguise”. Many times scale brings lack of quality, loss of control and hence eventual resultant failure.

In the book Small Giants, Bo Burlingham has given examples of Small Giants – companies that choose to be Great instead of Big. “You lose uniqueness when you try to replicate the original” says Burlingham. It’s just like saying no one can copy Mum made food. Although true with some business models it cannot be applied to all. Today’s cash burning online businesses like Swiggy, OYO, OLA, etc. will laugh at this. Yes, this theory can be applied to businesses which can be restricted to local enterprises. are of operations & emotional connections like restaurants, teaching, coaching etc. Even though they are also prone to scale.

Too much success comes with much accountability, loss of equity and chasing growth without regards to profitability. Once the business passes on through the survival phase it has limitless possibilities of growth. Making it viable to expand in every nook and corner of the country, the world. It all comes down to what the owner chooses at that moment. Some are happy to remain small, maintain the profitable & sustainable growth, growing by natural demand, word of mouth publicity, and be prestigious in particular areas of operations. While others might look for scale- aggressive expansion, fund raising, capturing markets at cost of losses. Both being right for making their own chicks. In the book Small Giants, this is very well exemplified- companies staying small and yet doing well.

There are multiple perspectives and facets through which one looks at things, in today’s world it also largely depends upon the type of business one runs and the kind of films and ambitions one holds for his company. Today we see aggressive entrepreneurs like Jeff Bezos – Amazon, Ritesh Agarwal – OYO, Radhakishan Damani – Dmart chasing growth envisioning 10-15 years ahead. In these cases this theory of remaining small doesn’t hold strong for all as expansion brings in more efficiency & offering quality goods and services at lower prices than any unorganized local provider.

Evidently, Amazon has killed Brick & Mortar stores, D-mart has butchered local Kirana & OYO left no option for unorganized lodges. To sustain and continue creating a legacy out of a brand, at the same time making ethically sound decisions while also making strategic actions matters most in aggressive growth, it’s all about knowing when to speed up and slow down. A risk inevitably all come face-to-face. What would you choose? 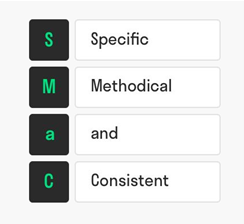