“Lost valuation by $11 bn within two years.This ride is certainly not for the faint-hearted” – Sify

During 1992-96, Ramaraj got acquainted with the telecom industry while working for Sterling Cellular (now Vodafone). Meanwhile, he was introduced to Ramalinga Raju, the founder of Satyam Computers. Raju was looking to venture in a telecom vertical. Unfortunately, he was unsuccessful in getting a telecom license. Still, Raju wanted to somehow work with Ramaraj on an internet platform. He recommended Ramaraj to do research on Reuter like service. After research, Ramaraj learned that the Reuter service is a good arena but they faced a major obstacle in India- Internet Connectivity. Further, he thought instead of getting into content provider service like Reuter why not jump into being a connectivity provider. However, it was not as easy as it sounds.

The government yet did not have a framework for issuing TCP/IP (internet protocol) licenses. Ramaraj along with other interested players for ISP lobbied and got himself a license issued. There was another hick up! The government issued 600 more licenses, making the industry a competitive one. Early movers were going to be advantaged. For Ramaraj, home work was already done as his organization – Sify already had a tie up with a US based experienced ISP partner – CompuServe. Right from the first day of operations they had access to readymade B2B players of CompuServe. Now the focus was on building B2C customers.

In the early 90s, in the US people were not acquainted with the internet. So selling the same was a task. In order to habituate customers to the internet AOL came with an idea- sending free trial CDs to potential customers. The disc contained a free trial. AOL CDs were available for free in cereal boxes, meal trays in flights etc. The assumption was once people used free CDs which contain free internet hours, they would eventually subscribe to the service & pay for the same. From 1992 with a subscriber base of 2 lac, AOL had over 25 million subscribers within a decade. Ramaraj wanted to implement the same strategy of AOL in India. So Sify distributed Free CDs in almost 12 cities.

Although Ramaraj was funded by Satyam, paucity of funds Sify got listed on NASDAQ in 1999, at a valuation of $350 mn. Sify raised $72 mn, higher than the valuation of Infosys. With the dream to go big, showing massive ambitions & attracting investor attention Sify acquired India World Communications for 499 crore in November 1999. The deal was in trenches. The whole amount was not paid one time amid paucity of funds. So to generate more cash Sify again approached NASDAQ. And at a valuation of $8 bn, raised $160 mn.

Although dotcom companies were valued highly in the boom, Ramaraj knew that it was not going to last long. He made sure to use the money efficiently and smartly. Meanwhile, AOL was acquired by Time Warner. To Ramaraj, the thought of buying an overseas company also occurred; which would have come at a fraction of Sify’s market capitalization. However, amid misguidance of consulting company, the deal did not close. In the dotcom burst, within the next few months Sify’s market capitalization tumbled from $11.5 bn to a mere of $70 mn. The amount was less than what it paid for acquiring the Indian markets. Thereafter, Ramaraj spent 5 years for turnaround of the company as Sify expanded to 220 cities with more than 4 lac subscribers. In 2005, Satyam divested 32% of the stake in Sify.

From just a pure play internet firm, Sify ended up as a company focused more on enterprise solutions, infrastructure management & IP telephony. Although today it’s market cap stands around $270 mn, the share price languishes at $1.5 from its peak of $400 two decades ago. Ramaraj regrets his mistake of non-acquisition of the overseas firm when Sify’s valuation was trending higher in the dotcom bubble. If a deal were done then, the company’s valuation would not have eroded much.

Note: The above blog has been inspired by book – ‘How I almost blew it’ – Sidharth Rao 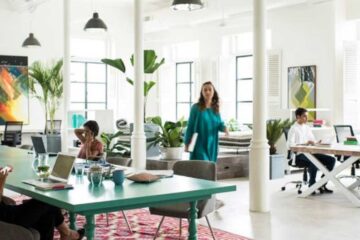 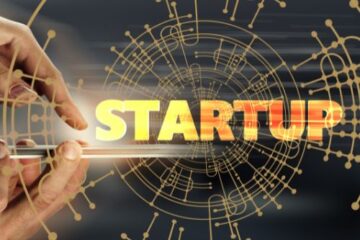